On concert dates, the Tourist Office of Acqui Terme will be offering a free guided tour starting at 8.30 pm.

IT SHOULD BE NOTED THAT THERE ARE TWO FLIGHTS OF STAIRS TO ACCESS THE CHURCH.

(Germany)
cello
Alexander Hülshoff has established himself in recent years as one of the world’s best-known cellists. His interpretations are distinguished for their expressiveness coupled with an unmistakeable, warm and lyrical tone, which are much appreciated by audiences and musical partners alike and are his outstanding qualities on the world’s concert platforms.
He is guest soloist with major international orchestras such as the German Radio Philharmonic, the German State Philharmonic, the Czech Philharmonic of Brno, the New Philharmonic of Westphalia, the Cordoba Symphony Orchestra, the Salta Symphony Orchestra, the Tel Aviv Soloist Ensemble and the Limburg Symphony Orchestra of Maastricht.
Chamber music plays a significant role and has an important place in Alexander Hülshoff’s work. His cello performances include appearances with the Bamberg Trio and fellow musicians such as Friedemann Eichhorn, Hagai Shaham, Vadim Gluzman, Fine Arts Quartett, Gil Sharon, Rainer Honeck, Boris Garlitsky, Andreas Frölich, Patricia Pagny and Roland Krüger in renowned concert halls such as the Berliner Philharmonic, the Amsterdam Concertgebouw, Rotterdam’s De Doelen and the Wigmore Hall in London. He has been guest instrumentalist at the Schleswig Holstein Festival, the Enescu Festival, Kfar Blum in Israel and the Amadéo Festival.
Numerous CD’s testify to the breadth of his musical scope, which includes works by, amongst others, Brahms, Beethoven, Schubert, Shostakovitch, Bloch and Servais. His recordings are released under the Novalis, Naxos, Musicaphon, Brillant and VDM musical treasures labels.  His concert tours regularly take him to other European countries, the Near, Middle and Far East as well as to Asia and North and South America.
In 1997 Alexander Hülshoff, whose most important teachers were Martin Ostertag and Lynn Harrell, was appointed Professor of Cello at the Folkwang University of the Arts. He lives today in Cologne with his wife and two children, born in 2002 and 2006. He is also interested in recovering and reinstating lost and forgotten musical treasures, such as Friedrich Gernsheim’s cello concerto and the works of Robert Kahn and François Adrien Servais. 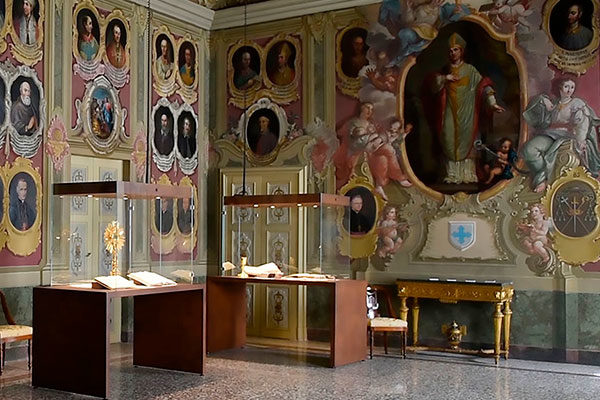