The second concert of the Complete Sonatas for Cello & Piano will be held in 2021.

(Switzerland)
cello
Born in 1976 in Lugano, Claude Hauri graduated from Zurich College of Music with Raphael Wallfisch after studying at the Lugano Conservatory with Taisuke Yamashita.
Since then, he has played as principal cellist in the Youth World Orchestra, and as cello solo in the Ensembles Nuovo Contrappunto in Florence and Algoritmo in Rome. In chamber ensembles with Mario Ancillotti, Bruno Canino, Dora Schwarzberg, Pier Narciso Masi and Guy Bovet, he has played concerts in Europe, Australia and in South America, for festivals such as the Marta Argerich Festival in Lugano, the Amici della Musica di Palermo, the Unione Musicale di Torino, the National Academy Melbourne, Musica Insieme di Bologna, the Biennale di Venezia, Nuova Consonanza Rom, Spazionovecento Cremona, IGNM Zurich, Associazione Musicale Lucchese, in the Teatro El Círculo in Rosario and the Fundación Kinor in Buenos Aires.
As a soloist, he has collaborated with conductors as Denise Fedeli, Mario Ancillotti, Piero Gamba, Kevin Griffiths, Luis Gorelik and Reinaldo Zemba. He played as soloist with several Orchestras like the Orchestra da Camera di Mantova, the Nuova Orchestra “Ferruccio Busoni”, the Orchestra di Fiati della Svizzera italiana, the Orchestra Filarmonica di Stato della Romania, the Orquesta Sinfonica Nacional Argentina, the Orchestra della Svizzera italiana, the Orquesta Sinfonica de Entre Rios, the Orquesta Sinfonica Uncuyo, the Orchestra da Capo München, the Orchestra Antonio Vivaldi and the Ensemble Nuovo Contrappunto di Firenze.
He has a great interest in the collaboration with contemporary composers as Salvatore Sciarrino, Paul Glass, Mario Pagliarani, Sylvano Bussotti, Luis De Pablo and Dieter Ammann.
His recordings were released by the labels Emi, Nuova Era, Jecklin, Radio Svizzera Italiana, Novecentomusica and Amadeus.
He is Cellist of the Trio des Alpes and with this formation he developed numerous thematic projects, toured all over Europe, in US and Brazil, held masterclasses for US Universities and recorded two CDs that were enthusiastically reviewed by important magazines such as the prestigious “Gramophone”.
He plays a splendid Gian Battista Zanoli cello, dated 1740.

(Italy)
piano
Corrado Greco got his piano degree “magna cum laude” at the age of 19 in 1981. In the following years, he enriched his musical instruction thanks to private lessons and master classes held by some of the most renowned pianist in Italy, such as Alberto Mozzati and Bruno Canino. He later graduated at full marks in composition and electronic music at Conservatorio “G. Verdi”, Milan.
He has been taking part in the winning of some important national and international piano competitions, and has been called to represent Italy at the 4th Invitational International Piano Competition in Palm Beach (USA), exclusively reserved to first prizes winners in international piano competitions.
Since early ’80 he has performed in several hundred concerts as a soloist, with orchestra and as pianist of Trio des Alpes as well as with other chamber music formation for some of the most important Italian concert institutions and abroad (in USA, Russia, Japan, Indonesia, Switzerland, France, Austria, Germany, England, Belgium, Spain, Portugal, Egypt, Slovenia, etc.).
He authored several recordings for RAI, the Italian national television and radio broadcasting company.
Besides his career as a performer, Corrado is involved in educational and multimedia authoring activities: he has been working in the editing and production of an innovative piano anthology for the Warner Bro’s. Italy firm with enclosed CD, and worked with Adriano Abbado to the production of a CD-ROM about Mozart’s Don Giovanni.
Corrado Greco has also been a piano and music technology teacher in several Music Conservatories in Italy, and since 2007 teaches at the “Verdi” Conservatory in Milan. 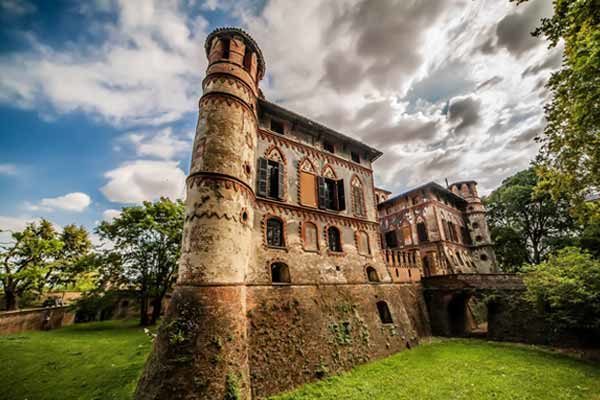